In the website development process, there are many ways to create the front appearance of the website via coding. One of the easiest is to use a front-end framework. You can make your website look attractive and professional more quickly.

Currently, there are many front end frameworks available that you can try. Of course, each framework has its advantages and disadvantages. Then, which one is the most suitable for you?

So, instead of bothering to try frameworks one by one until we find one that suits us, we will review the 10 best front end frameworks in full. At the same time, helping you choose which framework is most appropriate.

Here are the 10 best front end frameworks based on ratings obtained on Github:

Come on, see the full explanation of what the front-end framework is below!

Vue.js is the highest-rated front-end framework on Github. This framework was launched in 2014 by Evan You. Someone who is also one of the creators of the Angular framework.

Vue.js is an MVVM (Model-View ViewModel) type framework built on top of the JavaScript language. This front-end framework has simple code-writing rules, so it’s easy for beginners to use.

Besides that, the size of Vue.js is also relatively small, only 18 KB! Even so, his ability does not need to be doubted. Because, it can be used to build web apps, mobile apps, to progressive web apps ( PWA ).

Vue.js is a front-end framework that is suitable for building small-scale projects from scratch, especially single-page application (SPA) types.

Don’t Use Vue.js If:

Vue.js is not recommended for large-scale projects, given the unstable components and minimal community support.

Vue.js Usage Examples:
Some companies that have used Vue.js include 9gag, Alibaba, Reuters, and Xiaomi.

React is a front-end framework built by the world’s technology giant, Facebook (now Meta ) in 2011. React is an open-source framework under the MIT software license.

React is actually not a pure JavaScript front-end framework, but a library. Even so, it still has various features like a framework, for example, the DOM.

Besides that, React also has stable performance. This makes it reliable to build PWAs and SPAs that are prepared to accommodate a lot of traffic.

React is most suitable for building SPA which tends to be complex and requires a lot of user interface components such as navigation panels, buttons, and accordions.

In addition, React is also more suitable when used with other libraries such as Redux, because it can improve SPA performance.

Don’t Use React If:

React is not suitable for those of you who are beginners and don’t understand JavaScript, especially JSX which has more complicated code rules than ordinary JavaScript.

Apart from React, it turns out that there are other front end frameworks made by other tech giants. The framework in question is Angular which was developed by Google in 2009.

Similar to React, Angular is also an open-source framework. Well, this front-end framework is of the MVC (Model View Controller) type and is built with the TypeScript language.

Unfortunately, Angular has quite complicated coding rules. In addition, the size is also relatively large, namely 566 KB. Even so, Angular has proven to be reliable for building web and mobile apps, from PWA, to RIA (Rich Internet App).

Don’t Use Angular If:

Angular is not quite right for building simple and lightweight applications given its complexity. Apart from that, it is also not suitable for websites with the aim of capturing traffic, because it is less SEO Friendly.

Besides being used to build various Google services, Angular is also used by many companies ranging from Forbes, LEGO, UPS, and BMW.

jQuery is one of the oldest front end frameworks released since 2006. Even so, jQuery is still quite relevant for building websites, mobile apps, and desktop apps.

Just like React, jQuery is actually a JavaScript library and not a framework. Well, jQuery’s main function is to manipulate CSS and DOM to produce a more interactive website.

In addition, jQuery also offers ease of use by trimming the rules for writing JavaScript code to be more concise. jQuery is also supported by an extensive and experienced community.

jQuery is more suitable for building JavaScript-based desktop applications. Apart from that, jQuery is also the right choice for building interactive websites for use in various types of browsers.

Don’t Use jQuery If:

jQuery is not suitable for building modern website ecosystems such as PWAs, SPA or web apps. This is due to the absence of a Data Layer which can cause slow performance.

Several companies that are noted to use jQuery include Microsoft, Uber, Twitter, and Pandora.

In contrast to jQuery, Svelte is the youngest front end framework on this list. Because Svelte was just launched in 2016.

Unlike the others, Svelte is neither a framework nor a library, but a compiler. Well, this compiler is based on JavaScript, HTML, and CSS as well.

Even though it combines the three elements, the performance remains stable. In fact, Svelte is considered one of the fastest frameworks out there. In addition, it is also relatively lightweight because the rules for writing code tend to be concise.

Svelte will be suitable for building small-scale projects with a small number of developers. This compiler is also the best choice for those of you who are beginners considering the brevity of the code rules.

Don’t Use Svelte If:

Svelte is not the best choice for building large-scale projects, given the lack of community support and not many available tools.

Similar to Svelte, Semantic UI is a relatively new front-end framework. This framework was just launched in 2014 by Jack Lukicthis, a full-stack developer.

Well, Semantic UI is the best CSS framework. That is why this one front-end framework does not use DOM or Data Binding by default.

Even so, Semantic UI supports integration with other frameworks, such as React, Angular, and Ember.js. Apart from that, it also provides third-party plugin support to enhance its features.

Use Semantic UI If:

Semantic UI is the best front-end framework for building applications with an attractive, responsive User Interface, but still lightweight when used.

Don’t Use Semantic UI if:

Semantic UI is not the right choice for those of you who are less proficient in JavaScript. This is because the default features are quite limited and can only work optimally when integrated with other frameworks.

Semantic UI is widely used by several well-known companies such as Snapchat, Oversea, Kong, and Accenture.

React is a front-end framework launched in 2015 by Jason Miller. As the name implies, this framework is an alternative to React. Because it has features and API that are almost similar to React.

Even so, the size of Preact is much smaller than React, which is only 3 KB! That way, the resulting application is lighter in terms of size and has agile performance.

Just like React, Preact is actually a library and not a pure framework. Even so, this front end framework already uses Virtual DOM as a framework.

Preact is the right choice for building websites either from scratch or modifying existing ones, especially those previously built using React.

Don’t Use Preact If:

Preact is not recommended for those of you who are beginners and haven’t mastered React. With minimal community support, it’s better to learn React first before moving on to Preact.

Several companies that are listed as using Preact include Dailymotion, Domino’s, Pepsi, Groupon, and Lyft.

Unlike some of the frameworks above, such as Vue.js and jQuery, which are suitable for beginners, this framework is aimed more at advanced-level developers. It is Foundation, a front-end framework launched by Zurn in 2011.

This JavaScript, HTML, and CSS-based framework are intended specifically for building large-scale projects within the scope of the company. Foundation is supported with various features for advanced development.

Foundation is the right front-end framework for beautifying the appearance of the website with CSS components but still pays attention to the responsive aspects of the website on various devices.

Don’t use foundation if:

Foundation is not a suitable framework if you are a beginner. Because, how to change the code and customization is complicated and confusing.

Foundation has been used on several websites owned by leading companies, such as eBay, Mozilla, Disney, Amazon, and National Geographic.

Backbone.js is a front end framework developed by Jeremy Ashkenas, author of CoffeeScript in 2010. This framework is an open-source framework published under the MIT software license.

Backbone.js belongs to the MVC-type framework built on top of the JavaScript language. This front end framework is considered the easiest framework to use because the rules for writing code are simple.

With simple code rules, its ability cannot be underestimated. Because Backbone.js can be used to build SPA smoothly.

Backbone.js is the right front-end framework for building small to large-scale dynamic applications. The reason is that it can separate the logic and appearance of the application so as to maintain application performance faster.

Don’t Use Backbone.js If:

If you want to build applications with popular frameworks, Backbone.js is not the right choice considering its declining popularity.

Some examples of companies using the Backbone.js framework include Trello and Tumblr.

Ember.js is a JavaScript front-end framework developed in 2011 by Yehuda Katz. Just like some of the previous frameworks, it is also an open-source framework under the MIT license.

Well, Ember.js is an MVVM-type framework built with the JavaScript language. In contrast to Backbone.js, this framework is considered one of the most difficult frameworks to learn.

In fact, his ability does not need to be questioned anymore. Ember.js is indeed designed to be able to meet the needs of the website and mobile app development through a variety of excellent features.

Ember.js is an ideal front end framework for building complex applications and provides a wide range of features, be it a mobile app or SPA.

Don’t Use Ember.js If:

Ember.js is not suitable for creating small-scale simple projects such as UI views or simple AJAX functions. It is also not recommended if you are still a beginner considering the code structure is difficult.

Some examples of websites or mobile apps built with Ember.js include Apple Music, Yahoo!, Linkedin, and Tinder.

Let’s Build a Website with the Best Front End Framework!

In this article, you are familiar with the 10 best front end frameworks along with a brief explanation. Of course, each framework has its own characteristics, advantages, and disadvantages.

For that, choose the framework that best suits your needs and front end skills as a developer. The goal is for the front end development process to run smoothly and produce an attractive website interface.

Even so, it should be remembered that building a website is not only about the front end. There are many things to watch out for. Starting from determining the type of website, building a website according to its type, to optimizing the website. 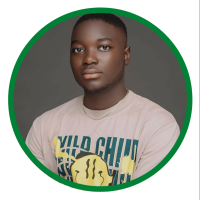 15+ Easiest Ways to Improve WordPress SEO for Your Website

How to Move Website from Subfolder to Main Domain

10 Steps to Successfully Market Your Business with Content Marketing

What is Local SEO – Definition and Benefits for Websites 7 New Programming Languages ​​You Should Know